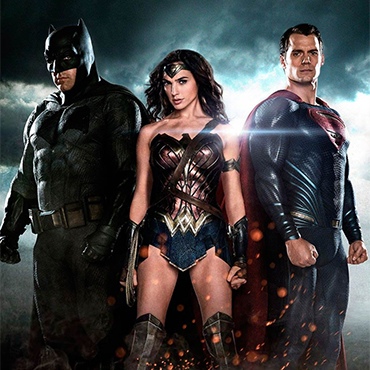 I just watched Batman v Superman: Dawn Of Justice, and I felt like I needed to talk about. So here goes…

I have a set of tenets I follow closely when it comes to comic book movies on screen. If it’s DC, no one does it better on TV than them. If it is Marvel, don’t watch the TV, go to the movies. Their movies cannot be beat. I know, Daredevil is a TV incarnation from Marvel. But I ask you to watch season 2 before disagreeing with me. Just, ugh.

Flash, Arrow, (don’t yell at me!) Legends of Tomorrow, Supergirl – you name it – DC does it better on TV. Green Lantern, Man of Steel, The Dark Night Rises (don’t get me started)…all dismal failures…crash and burn.

While my tenets are evolving (Avengers 2 was terrible…did you see that opening sequence??), and I may change my stance at any moment. I am not a politician and am allowed to do so.

I want to be clear – I despise everything that has Ben Affleck in it. Everything. There is one exception, but it has such a low rating with Rotten Tomatoes, I am embarrassed to mention it. And it featured Ben Affleck as I imagine he is in life. In other words, I don’t think he was acting, but being more himself.

I promised myself when he was announced as Batman/Bruce Wayne for BvS, I would not go see the movie. I was angry that Zach Snyder would choose the man, who very nearly killed Daredevil, to represent one of the greatest comic book characters ever created. I felt Sucker Punched.

While I’m at it I need to talk a little Zach Snyder. He created one of the best comic book adaptations I have ever seen. Watchmen was by far the best page to screen efforts I have ever watched. It was beautiful from beginning to end. The characters were displayed as I imagined them in the book. Perfection in action, music selection, color grade – everything.

But then Zach made Man of Steel. Everything I loved about Superman was destroyed. I hated that movie. I still have a strong dislike for it, but no longer hate it. I am growing. It is growing…on me.

But what compelled me to disobey my own promise to myself? The meme! THE MEME! Sad Affleck! Sad Affleck compelled me to see BvS. The critics were screaming for his head (and all the others involved, as well) and bashing this movie. I imagined myself as the Grinch Who Stole Christmas feeling a twinge in his black ash of a heart. I felt something. Something sad and caring. I saw his face as the interviewer skewered him…and his face so sad as Henry Cavill responded. And Affleck mustered up, “I agree.” It was at this moment, I decided I would give Affleck a chance. A chance to prove to me he is more than his failures. 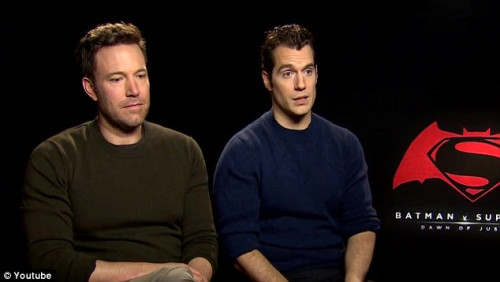 We as a society of geeks have reigned down hate on those who reveal spoilers. So I am not going to mention ANYTHING that will get the ire of the geekdom. Maggie dies, though. It’s true! Lauren Cohen plays Martha Wayne and she dies in a flash back. She plays Maggie on AMC’s, The Walking Dead. She does well here…I mean when she dies…not bad.

As I sat and watched the unfolding of BvS, I was intrigued. The normal toothy smile of Affleck of missing. He was a grim, raspy-voiced, big figure that you would see lording the nights of Gotham. I really think the pacing and length of the movie were a bit overdone…sooooo slow in parts. But they fed us a dose of hero here and there.

I watch him and Jeep’s product placement as he jumped into a new Jeep Renegade (the wimpiest little vehicle from Jeep I have ever laid eyes on…geesh) and raced toward the carnage of the battle between Zod and Supes during the Man of Steel’s main event action. It was a perspective from Bruce Wayne’s vantage point and it was pretty cool. All accept the transition to it…I mean come on! Snyder you are better than a freaking white screen with text describing what we are about to see…geesh!

We begin to see the motivation of hate for Supes from the big B’s perspective. It was handled well, for me. I really liked the kick in the face as that wakes Batman up to realize Superman is NOT the enemy. That was done well. And I like that the ending really does stick to one of the greatest moments in the Superman story lineage. It was all handled very well. A bit glum, dark and grim as a movie with Superheroes, but well done. Oh and the cameos? Horrible!!! The worse bit of cameo work I have every seen. I mean The Flash and Aquaman’s bits were small and not at all required other than to let the fans know, they’re coming.

A major sub character in the mythos is killed right off the “bat”. I didn’t like that. You won’t notice it. It won’t bother you. And Wonder Woman stole the show. She really did a great job in this movie.

Scale of 1 to 5? I give this movie a 4. I really did like it and I did not hate Affleck as Batman.

Let me know your thoughts!