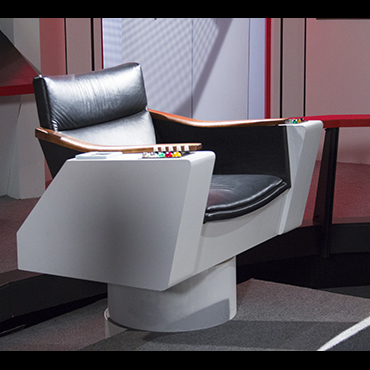 Where No Fan Has Gone Before: The Destiny Of Star Trek Fan Films
Steve Crandall
News

Are Star Trek Fan Films As We Know Them, Doomed?

Fan films have been around since the dawn of the personal movie camera. Families have had access to small, personal movie cameras like 8mm and video cameras since the 1950’s. Kids and fans have been making videos of themselves and their friends acting out their favorite movies for a long time. As technology improved the quality of the resulting movies have as well. And now even Star Trek fan films can rival big budget blockbusters in their production value.

Among the entries, Star Trek fan films are a big draw. There have been many productions centered around the various Star Trek properties. Some focus on the main characters of the various series that have aired since the 60’s, while others are based on the universe with new characters and ships. They all have one thing in common, however, they are all walking the tightrope of copyright infringement. 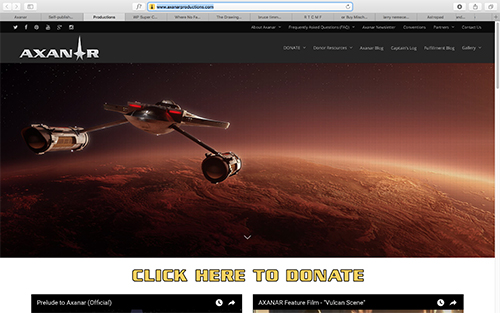 No production knows this better than Axanar, a new, highly anticipated, Star Trek fan film preparing to shoot this month. Axanar’s production company and founder, Alec Peters has been hit with a lawsuit from the combined forces of Paramount and CBS seeking damages associated with infringing on their shared copyright.

The internet is full of stories regarding the production of Star Trek Continues and other Trek fans films. There are countless stories and accounts of behind-the-scenes strife and struggles, personality conflicts and near-disasters in producing episodes to match the originals. Copyright infringement has always been on the minds of fans and likely the producers as can be found in discussion across Reddit, talking to people who have been on these sets and on social media. I could only speculate how they each feel about the recent events with regard to the lawsuit looming over Axanar.

The fan film community appears to be filled with relationship issues in various forms of feuding and separations. Most fans do not realize just how deep this runs. 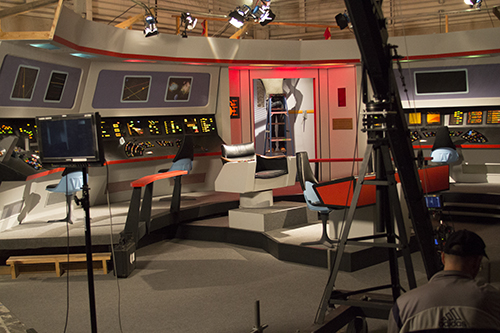 These producers work their projects under the radar with the hope of not getting noticed and keeping the negative to a low rumble. They operate in the fan film community hoping that CBS and Paramount will continue to turn a blind eye and allow fans to produce original works based on the copyrighted materials. However, some of these productions have hit the crosshairs of CBS in the past. For example, Star Trek: Phase II was challenged by CBS when they intended to film a script that was created for the original series by Norman Spinrad. The episode, titled “He Walked Among Us” was never filmed in the 60’s and was considered a “lost” script. When James Cawley planned to film the episode, CBS slapped him with a cease and desist in which he complied.

In 2013, Star Trek Continues launched their first Kickstarter. Up until that time, no other Star Trek fan film had earned more a few thousand dollars. ‘Continues’ raised approximately $126,000 their first time around.

Stoked with the money, one might expect higher production values. Yet, ‘Continues’ stands by its mostly amateur cast and spends its money on keeping the 60’s production look and new sets.

In December CBS announced, ahead of the 2016 50th anniversary of Star Trek, that they would be airing a brand new series in 2017. CBS introduced a new streaming platform as a way to compete with Netflix’s success in original content. They will air the new Trek series on the platform.

Before the end of December, Axanar is hit with their lawsuit.

Speculation is running rampant across social and many are expecting other large scale fan productions like Star Trek Continues, to be the next hit with a lawsuit. Many fans are disappointed as they feel it is fueled by CBS’ desire to snuff out their “competition.” However, the copyright is owned by them and they have essentially created their own competition and run the risk minimizing the value of their intellectual property by not defending it litigiously. This is likely why they have decided to stand up for their property now.

But to what degree will they pursue their rights? Will they make examples of a few of the larger productions in order to insert fear into the fan production community? Will they make specific statements concerning the “fair use” of their property? Will they shut them down altogether?

Larry Nemecek, a Star Trek Continues consultant and renowned Trek lore guru, suggested recently in a tweet that the end of Trek fan films is likely near.

Only time will tell what is to come for these fan productions in the new year. We will continue to watch as it unfolds and blog with updates.

Hit us up in the comments with your thoughts. We know this is a pretty active subject these days and we are interested in learning more.