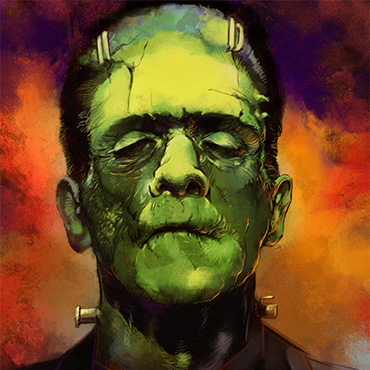 Vince Rodriguez is an artist that many would define as a comic book artist. He was kind enough to sit down and answer a few questions for us.

Anyone who follows my blog or my various social media channels knows that I have strong passion for art. Specifically, comic book art. I have been an amateur artist for years and published an independent comic book with my brothers in the early 90’s.

I have a small comic book collection of some of my favorites and a lot of books signed by their creators and artists. I am still a fan of art to this day. Nearly all of my kids have picked up the drawing bug over the years, but most have let it wane. Our youngest daughter is 13 now and she loves to draw.

I have always been inspired by other artists with similar interests in genres as I have. Whether they be famous or up and comers, if they have talent I am a fan!

An Awesome Venue For Any Comic Book Artist

Social Media and the web have become a great venue for nearly every comic book artist. From Facebook to Instagram and sites like Deviant Art, artists can get noticed. Youtube and Udemy are packed with artists inspire aspiring artists by teaching them tips and techniques of the trade.

You can peruse the various social platforms and channels and find artists from all walks of life. All are of various levels of skill and some simple exude genius with their work.

One such genius artist is Vince Rodriguez.

We reached out to Vince to see if he would spend some time with us talking a little about his life and work. He is an incredible artist with a handle on all art theory as evidenced by his work. Black and white line drawing to full color pieces, Vince has talent!

Vince came to the US at the age of five from Cuba. He had already been drawing for a couple of years. I asked him when he first knew he had a penchant for drawing.

Vince said, “I began drawing at the age of three when I was still in Cuba. Back then my dad used to draw airplanes on paper for me, he was pretty good at drawing, and after seeing him I would want to draw too. My mom said I drew a terrific astronaut back then and she later told me we hadn’t even gone to the moon yet. As to how I had found out about astronauts is beyond me.”

Vince recalls being a prolific artist at a young age. I asked him about his favorite subject and drawing style. He talked about his early inspiration being comic books and taking to that type of art pretty swiftly.

He shared, “I loved drawing comics. I discovered them at age six when a friend had a Captain America comic at his house. I knew about Cap somehow, but there was an ad on a page for Son of Origins of Marvel Comics and I saw The Thing. Funny thing was that I didn’t realize at the time that it was drawn by Jack Kirby who was soon going to play a huge role in my art. I knew I loved drawing when I got into comics and that’s what I drew”

I asked Vince if he had any formal education in terms of his art. If you look at Vince’s work, you become convinced that along with the sheer, raw talent, it appears evident that he must have had some sort of education on color theory, other important art history and the like.

To this, he responded, “No. Everything is self-taught. Of course, I’d go through not only my comics, but also through art books and if I managed to catch a program on public television I’d love to watch. I took what measly stuff they taught in public school but, I never really learned anything from it per-say. When the teachers would see my drawings, they’d leave me alone and not because they felt I wanted to be left alone. Most times I drew better than the teacher! (laughter)” Then again, I guess to be an art teacher most times it’s like being an art director nowadays… you don’t really have to know how to draw.

Vince appeared to have no interest in being a career student. Instead, armed with his self-learned skills and pure talent he began carving a path for himself.

He shared, “After graduating high school, I didn’t want to continue with college, etc. I felt schools would become an anchor and I needed to go right into the field and start getting experience. Even though there is always something to learn in schools, I felt I was armed well enough to start earning a living at it.” 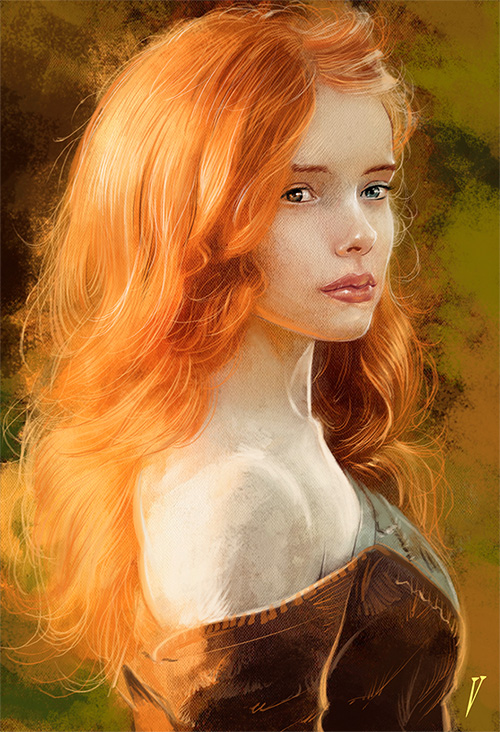 Vince took the plunge as a comic book artist and started out on his own in freelance work. He admits that it is difficult to break into the industry to become a professional comic book artist. In 1998, he started to work with various agencies on storyboarding national TV commercials between comic book projects.

“On my own I learned how to navigate the field and deal with clients on top of managing and promoting myself. Soon it becomes second nature and it goes on autopilot. I began freelance and stayed that way for a good 99% of my professional career. The only time I had to go full time for an agency in the past is when the economy would dip but, that would only last about a year and I’d be back on my own. I can’t stand having someone over my shoulder and having me to be working on something even if everything was finished and I had nothing to do.”, he said.

He added, “It’s all I’ve dedicated myself to since I left high school back in ‘85. When I was about to graduate I was considering whether to pursue art or not. I know it may sound pretty obvious but I wasn’t exactly sure at the time how I could actually make a living at it unless it was full time somewhere. I thought carefully and came to the conclusion that I was given a gift by God for a reason and it would be in my best interest to not only pursue but exploit it. There is a reason why I loved it, and still do, so I felt this would be the right road to follow. Thankfully I made the right choice and it’s a continuous passion and enjoyment. It’s not to say it’s had its ups and downs but for the most part very exciting in all aspects.” 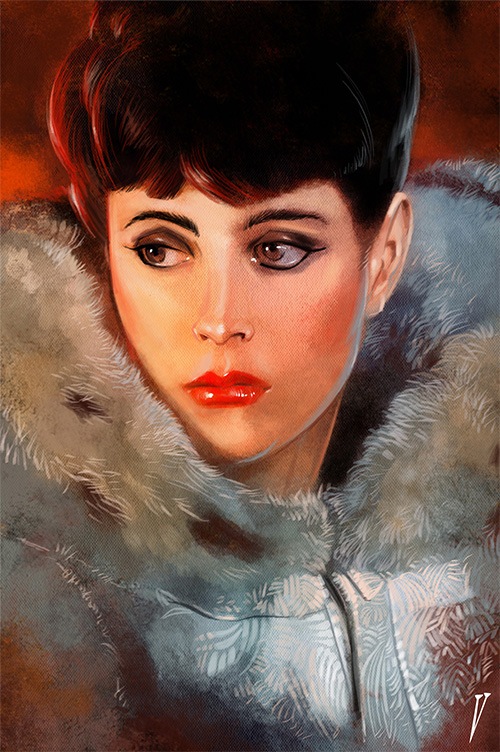 Vince seems to be a private person, but I managed to get out of him that he has a sister.

Vince, now in his 50’s, enjoys life drawing and lives in Florida with his wife and young son. He told me that his parents weren’t career artists, but his Dad could draw. Vince has early memories of his Dad drawing airplanes for him. This was definitely an inspiration to him and likely a catalyst that ignited Vince’s passion for art.

His wife was once an X-Ray Technician but left years ago to be a stay-at-home-mom.

Vince has a strong presence on Facebook in some related comic book drawing groups. I’ve been noticing some vague posts concerning his back. I asked him if he has had issues with his back hurting while drawing. He responded, “Yes. Lately I’ve had to cut back since it is beginning to takes its toll on my back sitting so many hours. I want to get up and walk or stretch but I forget and the time just flies when I become so entrenched in my work.”

Vince Rodriguez, genius comic book artist, is inspired by some of the greats in the comic book industry. Of course, growing up in my era, I found that Vince had a lot of the same inspirations as I have. He listed off some of the most accomplished artists – John Buscema, Frank Robbins, Barry Windsor Smith, Bernie Wrightson, Frank Frazetta, Syd Mead, Michael Whelan, Tim White and Juan Gimenez.

His top two favorites are Jack Kirby and Richard Corben. He has admired Kirby’s work since he was a kid. 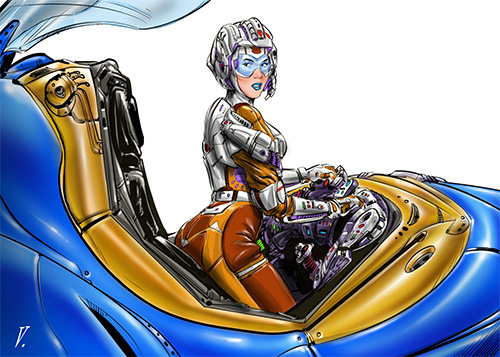 The Tools And Process Of A Comic Book Artist

Vince has gone all digital. He enjoys working on his Dell PC with his Wacom Intuous4 Tablet and 24″ monitor. He has a small studio where he has his small desk and high back chair and spends between 3 to 10 hours per day drawing.

He preferred using markers, acrylics and inks as his favorite traditional tools for drawing. He has been a digital only artist since 2005 and while he has a lot of varied software packages available to him, he primarily uses Manga Studio 5 and Photoshop.

Vince told me that he has never used an iPad Pro or Surface Pro, but would certainly like to.

Mike Deodato is one of my recent finds and I found an article about him where he discusses using photographs to portray realistic poses and motion. I think a lot of artists do this no matter the mediums, styles and themes. In fact, my wife’s aunt is an oil painter of impressionism works and she, too, uses photos as inspiration for her paintings. Often times, she will setup and shoot a photo of her subject to paint from.

I asked Vince if he did anything similar to this and he said, “Yes I do. All the time. Although I could draw straight from my imagination just the same I prefer not to bust my head. I already proved to myself that I’ve reached certain goals technically, now I’m more focused on getting the ideas out and using references to get there quicker.”

I asked Vince if had ever tried using a wooden manikin or a figuart to help plan a scene and poses. He said, “A good friend gave me a small wooden manikin back in 1981 and I only used it once. I found no inspiration or use for it since. I still have it but as an ornament in my studio.”

Finally, Vince and I talked about his process. I most interested in some of the black and white line drawings he has been posting lately on Facebook. I asked to walk me through his process.

He shared, “I usually do a simple layout if I’m using photo reference just to organize the mass and proportions. I block in where general things are and then hone in on certain details that are important if needed or just do suggestive line work to give me an idea where everything goes. I do a general tracing in ink and then gradually work in the details or sometimes do the detailing work as I go. It all depends how I feel like doing it at that moment.”

Vince is an awesome contributor to the comic book genre. Recently, his focus has been on SciFi works and he has posted a lot of different pieces that showcase his style and incredible talent. It was a pleasure being able to talk one on one with him to get in an inside view of his tools and process as well as learning a little more about the artist himself.

I will continue to seek him out every time I hit Facebook to see what he has conjured up lately and I invite you to do the same!

Vince can be found on Facebook in the Comic Book Inkers Group and on his own page.