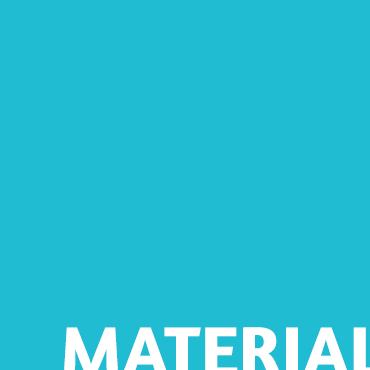 Google launched a set of design patterns and guidelines known as Material Design, in June of 2014. While the guide is certainly comprehensive, simply presented and minimalist in it’s concepts, I have always been suspicious of any UI or design advice from Google. It has always been a parody with it’s minimalist, yet tacky approach to design.

Google And UI? It Does Not Compute

Google’s foray into UI and Design with Material Design patterns appears to be flawed even in its initial presentation. The body text of the “Introduction” is no more than 13 pixels in size. 13 pixels? In 2012 Jeffrey Zeldman, the godfather of the modern web, redesigned his website and increased his font-size to an equivalent of 24 pixels. In 2011, Smashing Magazine published an article by D Bnonn Tennant that also supports several reasons why you should implement a minimum of 16 pixels for font size.

Google has done an incredible job of form integrating function. They pay attention to the details and offer up a library with specific guidelines to standardize how a responsive site or web app should work and look. And it is effective.

Google’s definitions and guidelines surrounding the color palette provide an excellent strategy and process for the design of interfaces. However, I am not sure I like the limited color range. I do like the colors they chose, but I would not want to see every app and site developed off this 500 color primary palette as a standard. Being that Google has been mostly non-creative engineering design hacks, this is likely a great guide for them. I do like the specific recommendations in the guide, I would just like designers to continue being creative with the palette with no limitations other than their own understanding and expertise.

Fear And Loathing Of Google

While I would not say you should use this collection as your only resource when developing your next site or web app, I do believe it is a good addition. Google’s Material Design is not consistent and contradicts some of the basic standards practiced across the web today. I also am not a fan of a single corporate entity in charge of the standards for the web. Although the W3C (World Wide Web Consortium) is slow to introduce and ratify new standards, it is the committee-driven approach that I like best to ensure no one single corporation will rule the future of our Internet.

Really, Google’s Android platform is one of the worst design representations I have seen digitally. Other details concern me as well such as outlined throughout this article and including their implementation of elements like the hamburger menu. Left-side placement is awkward and can actually harm function. Think about it, the scroll bar for the page is on the right. When I am viewing the page in a desktop browser, it is less of an effort to move the mouse to the top right than all the way across the page to left as I am scrolling. Yes, we have the rolling wheel on the mouse, but sometimes, I am just using the trackpad. As well, on a phone, the hamburger menu is easier to access by stretching my thumb up to the top right (as a right-handed user) than it is to stretch across my large screen to the left to reach it.